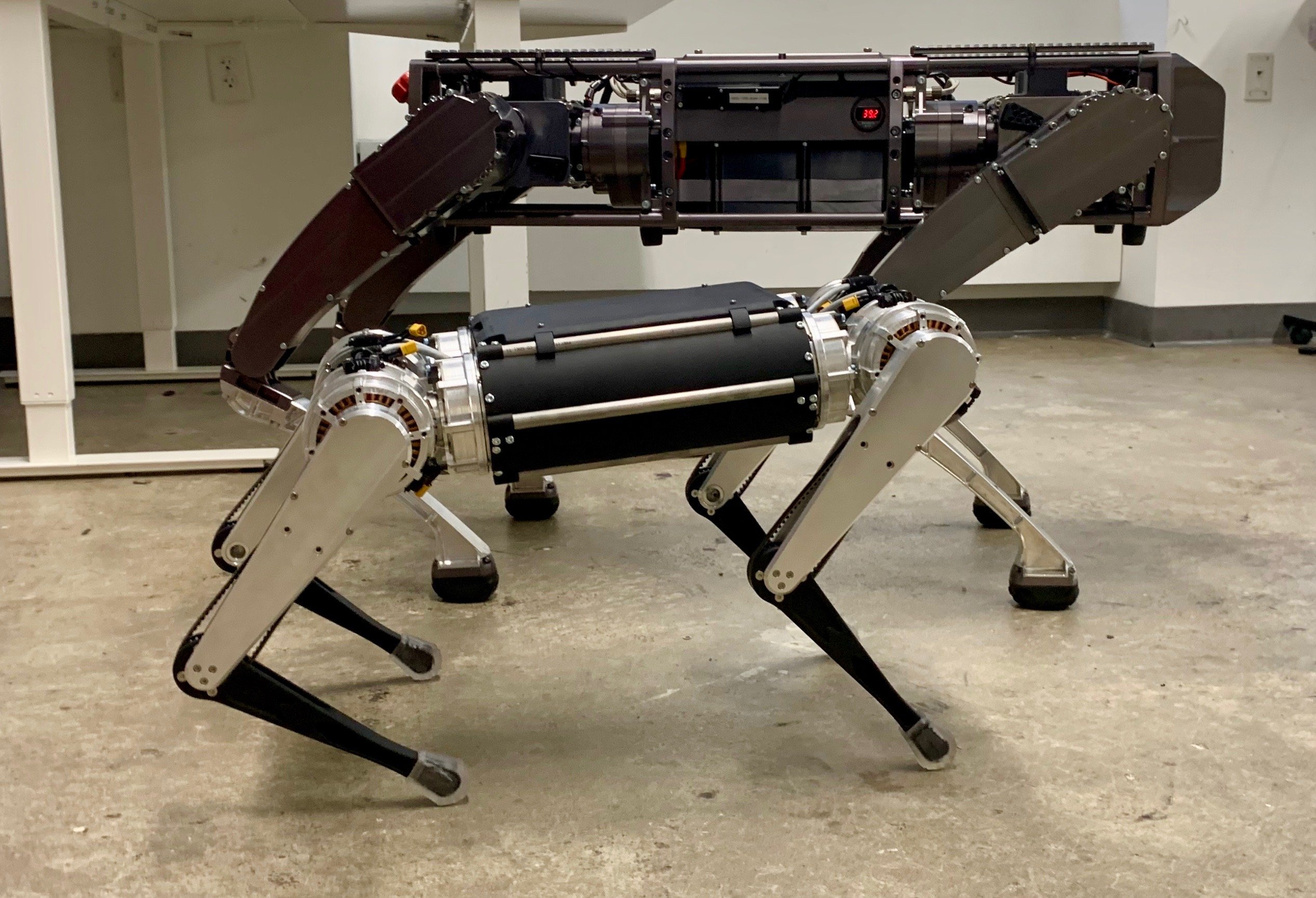 Using an Origin One 3D printer and Henkel Loctite material, Ghost Robotics is now producing end-use parts for its exciting new Spirit series of robots. These highly capable, four-legged robots are designed to compete with much more expensive solutions from Boston Dynamics and ANYbotics, among others.  Additive manufacturing helps them produce end-use parts more quickly and at a fraction of the cost of traditional methods.

Beyond prototyping, the solution provided by Origin and Henkel allows them to manufacture finished pieces that are comparable in quality to parts that were previously CNC machined, at a quarter of the cost.

With the support of Henkel’s Open Materials Platform, Ghost Robotics can manufacture a wide-variety of components for the Spirit series. The back panels for example, require tough and durable properties. LOCTITE 3D Tough HDT80 3843 enables them to create parts that are able to better withstand the environmental conditions the robots are often exposed to. By contrast, the legs are often subjected to significant force. LOCTITE’s 3D 3172, a high impact material, was made to withstand the kind of stress that’s frequently placed on those parts.

Together, Origin and Henkel, are helping Ghost Robotics go to market without the investment in expensive tooling.

“This allows Ghost Robotics to deploy products into the field, test, get feedback, [and then] iterate on designs, while keeping costs low,” Chris Prucha, the founder and CEO of Origin recently told Digital Trends. “Origin’s 3D printing technology produces parts that are of injection-molding quality at a lower cost than traditional manufacturing.”

As a technology journalist, John focuses primarily on the topics of 3D printing, artificial intelligence, virtual reality and automation. His original content has been featured on Forbes, TechCrunch, Futurism, QZ.com, Techfaster.com, 3DPrint.com, and Fabbaloo, among others. He’s also the Founder and CEO of Get3DSmart, a consulting practice that helps large companies understand and capitalize on opportunities with 3D printing. Follow John on Twitter at @Get3DJohn

For too long, 3D printing has struggled to reach its potential. LOCTITE’s new 3D portfolio of materials and equipment address many of its shortcomings. We’re expanding the world of additive manufacturing, allowing you to create truly functional parts, across a wider range of applications. Get limitless with LOCTITE